Ithaca, NY – The Finger Lakes Land Trust announced today that it has been awarded $306,525 from the New York State Office of Parks and Recreation in support of efforts to acquire and develop the Hinchcliff Family Preserve, located at the southern end of Skaneateles Lake.  The Land Trust secured the land in November 2013.

The 206 acre preserve protects the banks of Randall Gulf Creek and more than a mile of fields and forests with sweeping views of the lake.  The grant will support acquisition of the site and will also be used for site improvements including the creation of several miles of hiking trails and the construction of an interpretive kiosk and a small parking area for visitors.  Work is currently underway to open the preserve for public access in late 2015. Land Trust staff recently worked with a local contractor to demolish an abandoned house that had sat vacant for 40 years at the site, further opening up the view of the lake.  Volunteers and staff have also initiated the construction of trails and cleared brush from around a historic barn foundation.

“We’re grateful for this grant from New York State,” says Land Trust Executive Director Andy Zepp. “The state’s commitment to the project is a strong vote of support and it reflects the significance of this project to the community and the region.”

Establishment of the Hinchcliff Family Preserve was undertaken as part of an ambitious effort to create a greenbelt of undeveloped lands that will ultimately extend around the southern half of Skaneateles Lake, ensuring the integrity of the area’s scenic landscapes while helping to maintain the City of Syracuse’s drinking water supply, and providing the public with a wide range of outdoor recreational opportunities.  The preserve is named for the Hinchcliff Family, who provided substantial support for the project.

The Land Trust has completed six other projects within the proposed greenbelt, which extends from the Staghorn Cliffs on the east side of the lake to the mouth of Bear Swamp Creek on the west side.  The area is widely recognized for its spectacular scenery and much of it is also recognized by the National Audubon Society as one of New York’s Important Bird Areas.  In its relatively undeveloped state, the greenbelt also plays a vital role in helping to maintain water quality within Skaneateles Lake.

The Finger Lakes Land Trust is a member supported non-profit conservation organization that works cooperatively with landowners and local communities to permanently protect those lands that are vital to the character of the Finger Lakes Region.  To date, the Land Trust has worked with partners to secure more than 16,000 acres of the region’s undeveloped shoreline, scenic farmland, rugged gorges, and majestic forest.  The organization today owns and manages 35 conservation areas that are accessible to the public and holds conservation easements on more than 100 properties that remain in private ownership and on the tax rolls.  Additional information on the Land Trust may be found at www.fllt.org. 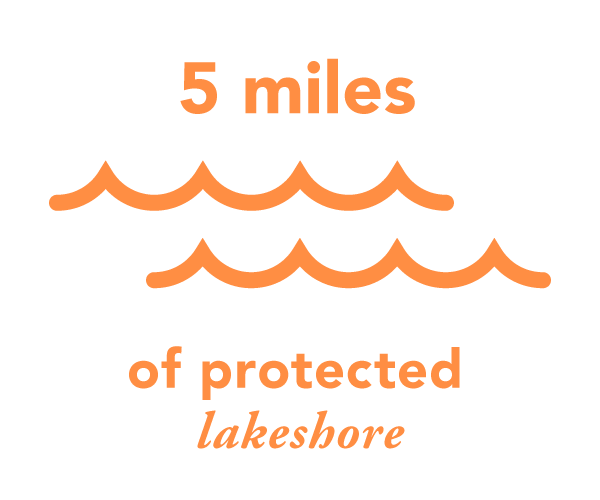