Gazing out my study window one morning this spring, I noticed that a familiar white ash tree seemed more full, somehow more sumptuous-looking, than usual.

I went outside to take a closer look and found drooping heavily from the newly leafed-out branches a bumper crop of seeds like I’d never seen before––ten times the normal number, I guessed. The other white ashes in my forest bore the same super-crop.

This is a phenomenon known as “masting,” in which trees of the same species periodically produce an overabundance of seed in a brilliant strategy to ensure species survival. From an Old English word for “meat,” mast is fruits, seeds and nuts of trees, serving both to propagate the tree species and to nourish a broad spectrum of wildlife. Years in which trees produce an unusually large crop are called mast years. Local variations in tree genetics, tree health and weather are clearly factors influencing seed production, yet mast years still occur simultaneously among all trees of a common species and over a wide geographical area. Red oaks throughout the Finger Lakes and across the northeast, for example, will all have a synchronous mast year followed by one or two years of relatively scant acorn production before the next mast year. Sugar maples, shagbark hickories and others follow their own mysterious masting cycles. Just what triggers a mast year in any given species is not well understood. They just do it.

Masting has dramatic effects that ripple through forest ecosystems, influencing everything from animal populations to overall forest composition. Ecologist Tom Wessels observes in his book Reading the Forested Landscape that pure forest stands of same-aged trees may well be the result of a mast year for that species immediately following a forest disturbance, such as logging, or the abandonment of farm pasture. The trees that grew up are the fortunate result of a super-crop of seeds too numerous for wildlife to consume, coinciding with plenty of available sunlight.

So why do trees do this?

Schnurr’s research mostly concerns the second hypothesis, concentrating on the effects of masting cycles on forest rodents, including chipmunks, white-footed mice and red-backed voles. She has found a strong correlation between mast years in several tree species and population changes in the animals that eat the seeds: it’s boom or bust, for both trees and rodents.

“Masting has a short-term benefit to the animals because increased food resources means they can increase their numbers,” she explained. “The strategy also works well for the trees because in non-mast years there isn’t enough food for the seed predators, and they die off or relocate, so that populations are at a minimum the next time masting occurs….And the cycle continues!”

Aside from small forest rodents, the chief seed eaters in the Finger Lakes are turkeys and deer. Understandably, the bigger nuts––acorns, hickory and beech nuts––are favored by almost all seed predators. An increase in the small mammals that directly benefit from mast years provides indirect benefits to animals higher up the food chain, including owls, foxes and coyotes––with converse effects in non-mast years.

Rick Ostfeld, a researcher at the Institute for Ecosystem Studies in Millbrook, N.Y., has been looking at masting from another perspective: its implications on Lyme Disease. He has found deer tick population explosions in northeast forests following oak mast years.

Jackie Schnurr is familiar with Ostfeld’s research and explained that deer drawn to a bumper crop of acorns in an oak forest carry infected adult ticks that drop to the ground and lay eggs, resulting in a forest teeming with ticks the next year. “In periods of little or no mast, tick populations fall way off,” she said, “and you begin to see them more evenly dispersed throughout all the habitats (like maple forests and fields) as deer feeding habits change––it’s an interesting way of looking at habitat use by deer but, weirdly, through ticks.”

If there’s one thing the phenomenon of masting underscores, it’s the interdependence of plants and animals in the environment. It’s interesting to think that small rodents might have been somehow responsible for trees evolving a strategy to outmaneuver them and, in the same stroke, sustain them.

This article by Eben McLane originally appeared in the Summer 2011 issue of our quarterly print newsletter, The Land Steward. 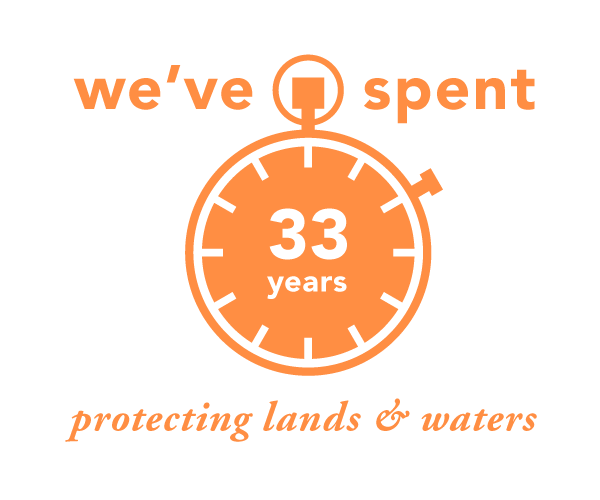