The three weird sisters in Macbeth stirred eye of newt and toe of frog, wool of bat and tongue of dog, along with a number of other eclectic ingredients, into their cauldron.

Although there’s some speculation that “eye of newt” might have been an herbalist’s term for mustard seed or daisy, it’s quite likely that the witches were in fact using small amphibians to give extra oomph to their spirit-conjuring potion. Following are a few reasons why you, too, might want to consider using the eastern newt (Notophthalmus viridescens) in your own enchanted homebrew this summer.

In the first place, newts have miraculous regenerative abilities. A lizard can regrow a boneless and stumpy tail, but a newt can regrow almost any body part perfectly and from scratch: eye, heart, jaw, ear, even spinal cord and brain. 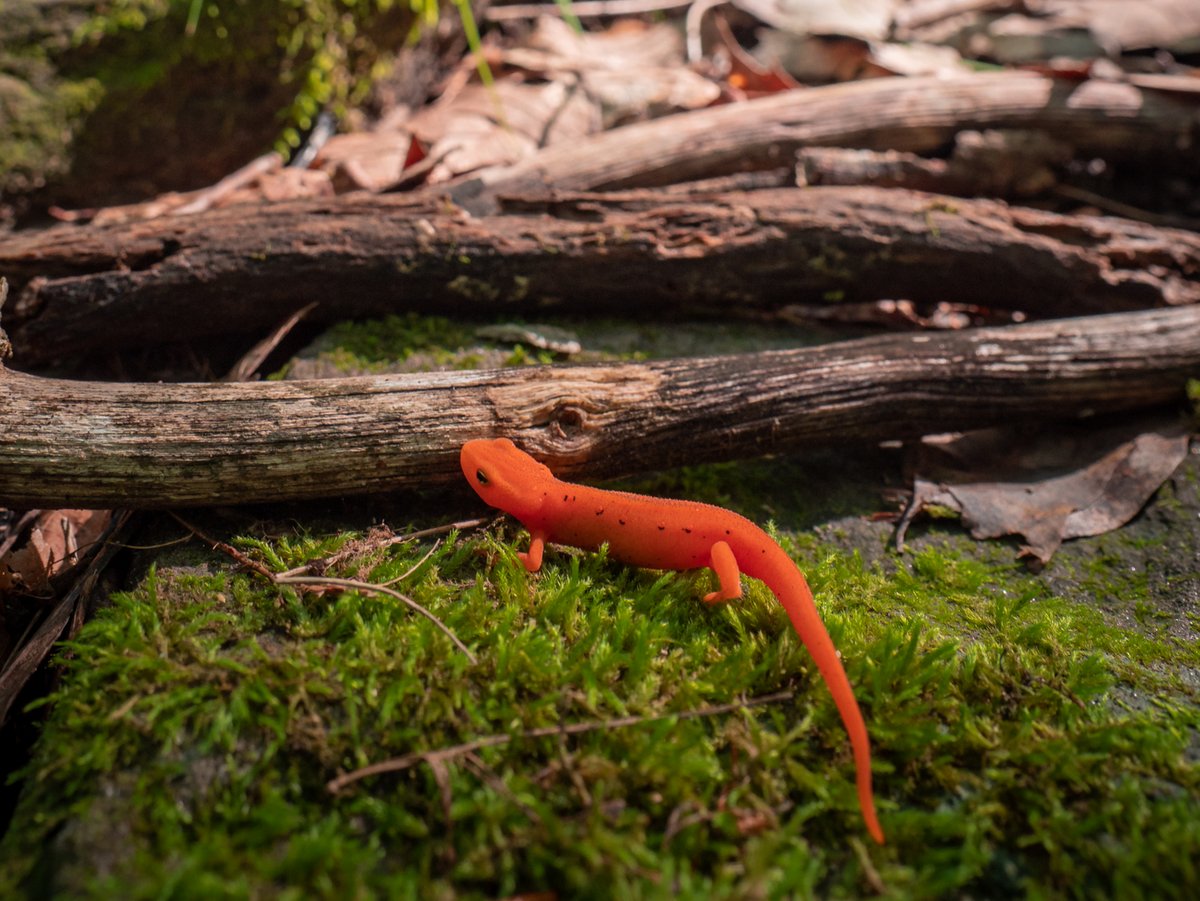 Second of all, newts are, like adder’s fork or blind-worm’s sting, wonderfully poisonous. There’s probably nothing special about their eyes, but their eggs and skins are saturated with a powerful neurotoxin called tetrodotoxin. It dissuades fish, though apparently not frogs and turtles, and it’s the same substance found in the flesh of fugu, the deadly pufferfish prized by Japanese gourmands. According to urban legend, hallucinations can be induced by licking amphibians, but licking a newt is likely to land you in the hospital, or worse. (The newts of the West Coast are even more poisonous than those of the Finger Lakes. In one infamous case, an entire Oregon camping party died when a rough-skinned newt fell into their coffee pot.) Tetrodotoxin won’t pass through intact skin, though it can irritate eyes and mucous membranes. Ironically, we’re far more toxic to newts than they are to us: the oils, salts, and chemicals that coat human hands soak right into their permeable skins.

Finally, they’re even more spectacular shapeshifters than our other local amphibians. A newt starts life as a dull-colored, translucent, minnow-like larva that feeds on even smaller aquatic crustaceans and insect larvae. Its almost invisible, twig-like legs are dwarfed by feathery gills growing like squirrel ears from the tops of its neck.

After two to five months, the larva metamorphoses into the terrestrial juvenile form known as the eft. (Linguistic note: “eft” is an ancient form of the word “newt.” Through changes in spelling and pronunciation, mistakes in copying texts, and shifts in language patterns, “a newt” became the standard way to refer to certain members of the family Salamandridae, whereas “an eft” became a rare dialect form. Like the creatures themselves, one word slowly transformed into another over time.) The gills of the larva disappear and lungs develop; the rudderlike tail shrinks; the legs grow much more substantial, and eyelids grow over the eyes. Its body floods with tetrodotoxins, a fact that it advertises by changing its color to an uncanny red-orange that stands out like a neon sign against the dark forest floor. The larva had the furtiveness of a tiny prey item, but the eft moves with the doggedness of an animatronic toy. Like other animals with prominently advertised chemical defenses such as skunks, efts don’t need to move quickly or hide from predators. They look good enough to eat – I’ve always thought that they resemble Japanese gummy candy – but they’re ten times more poisonous in this stage, so please resist putting them in your mouth.

The eft’s noxiousness is so well respected by predators that several other species have evolved reddish coloration in order to piggyback on its success: the red salamander (Pseudotriton ruber), the northern redback salamander (Plethodon cinereus), and the spring salamander (Gyrinophilus porphyriticus).

After several years, the eft grows up. Skin that was dry and vermillion becomes slimy and dull olive-green; the rudder-like tail regrows and the adult re-enters the water, though it keeps its lungs for the rest of its life. Most of the poison ebbs from its body and it will rely mostly on camouflage for protection. Its wild teenaged years may be over, but it retains tiny red spots on its back that are a sign to the local fish that it still contains enough tetrodotoxin to make a charm of powerful trouble: like a hell-broth, boil and bubble.

This article by Jacqueline Stuhmiller originally appeared in the Summer 2021 issue of our quarterly print newsletter, The Land Steward.